Bored on your 9000000th quarantine walk? Here are some of my best hiking games from being a camp counselor! These games can entertain all age groups and can be done on a hike or walk OR at the dinner table if you’re bored of talking about only Corona! 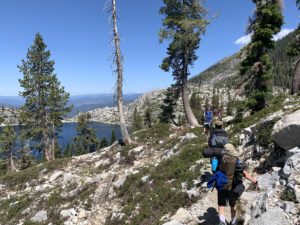 One person thinks of someone whom everyone in the group knows. It could be a friend, a teacher, a family member, or a celebrity. The players try to guess the identity of the person, but unlike 20 questions, you can only ask rhetorical questions rather than yes or no questions. All questions must follow the format: “If this person were a _______, what type of ______ would they be?” Fill in the blanks, asking what type of car, food, weather, city, geographic feature, animal, et cetera the person would be. The first couple of answers sometimes reveal the identity of the person, so you must ask at least five questions before guessing.

Basically, this is hide and seek played while hiking. The hider runs ahead on the trail and finds a tree, rock, or object to hide behind (or under), ideally within 10 to 15 feet of the trail. The rest of the group keeps hiking while the hider hides. Rotate hiders so everyone gets a chance.

Everyone picks one object you’re likely to spot on the trail; for example, a stream, a hiker with blue shorts, a squirrel, and a red backpack. After everyone has chosen an object, play begins.

Starting with the letter “A,” everyone has to find something along the trail that begins with “A” before moving through the rest of the alphabet.

Think of a specific category, such as state capitals, foods, sports teams, et cetera. Everyone takes turns naming something that fits into that category. Play rotates through the group until a player can’t think of something within a 5-second time limit or an answer gets repeated. To make the game more challenging, use both a category and letter (ex: animals that begin with “B”).

One person says a letter and everyone goes in a circle saying another letter. You must know of a word that can be continued on from the letters but if you end a word then that round is over and you get a letter from the word ghost. Whoever spells out ghost first loses. Three letter words don’t count. If you don’t think that the person before you has a real word, you can challenge them and if they don’t they are out but if they do then you are out.

One person thinks of a word and tells the group the first letter of the word (ex: the word is “tiger” so they tell the group “T”). Everyone in the group tries to think of words that start with that letter. When one group member thinks of a word that begins with that letter they think of a clue and say the clue (ex: the word is “trampoline” so they say “something you bounce on”). If the person who has the original word knows what word the group member is thinking of they say that word. If another group member thinks they know the new word they say “contact 3 2 1” and both that person and the person who thought of the new word say the new word after one. If they both say the same word, the original person has to give the second letter of the original word. Continue until the original word has been spelled out or guessed.

My Grandma Likes Coffee But She Doesn’t Like Tea

Play normal D&D but to roll die the player and the DM each pick a number (has to be one of the numbers on the die so like 1-20 if it’s a D20 etc). Think of the numbers as a circle rather than linear. Count the units from the DM’s number to the player’s number and that is the number that they rolled. If the same number is chosen that is the nat highest number. 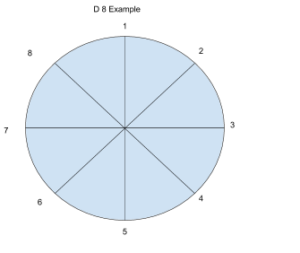 The “what if game”

Ask a question. Everyone has to continue asking related questions, but they are all what if questions.

Start with a hypothetical scenario that you are lost forever. Create the rules of your own commune, choosing roles and how you live in that community.

Start by asking “pancakes or waffles?” Everyone has to decide which one is completely eliminated from the Earth. The next person goes and chooses one new item and the item that still exists and the game continues until there is nothing left in the world.

One person thinks of an item. Everyone asks if it is closer to pickles or ice cream. Once they have that answer they continue asking questions with the item that it is closer to and one new item until they can guess the person’s item.

The moderator gives everyone a target and a random word that they need to make that target say. The targets must go in a circle because if you get someone out, you take on their target. The last person standing wins.

Alternative: There’s no moderator and everyone sits in a circle and thinks of the word that they need to get the person to their left to say. Then play like normal. 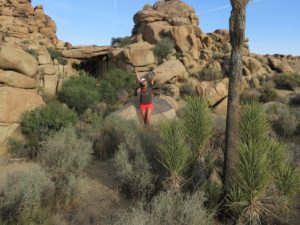