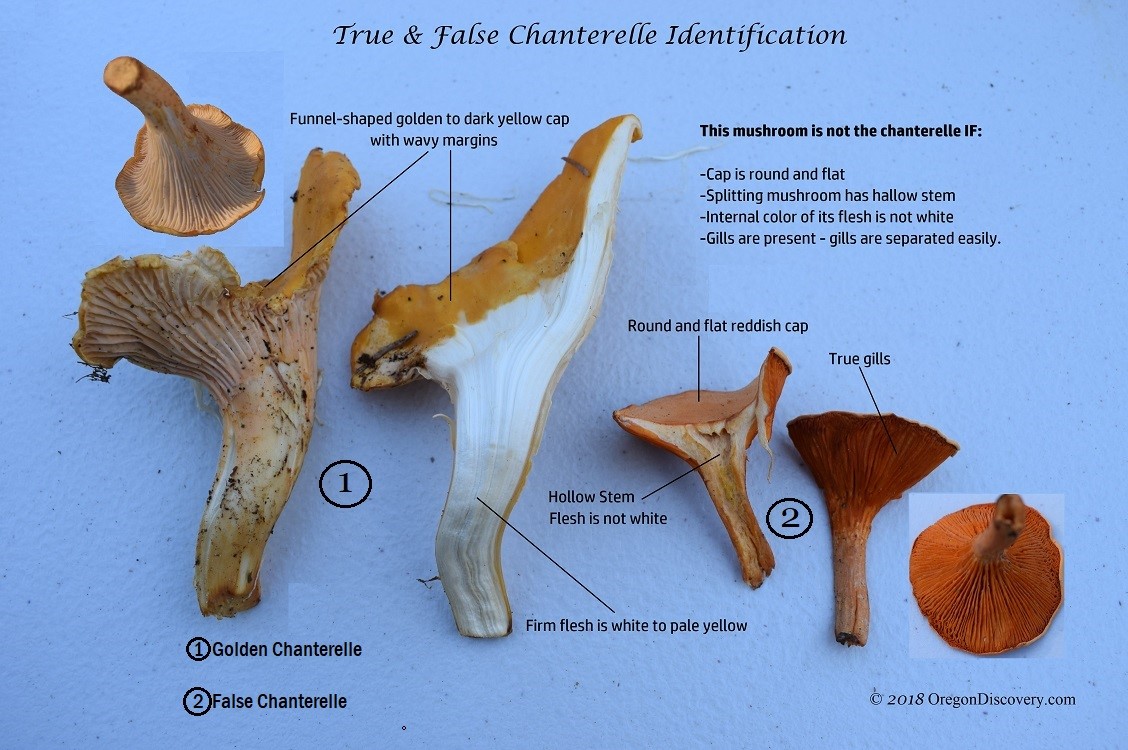 I am by no means an expert in foraging, but there are a few forest foods I can confidently identify every time – wild blueberries, wild blackberries, wild ginger, and….Chanterelle mushrooms. Chanterelles are wonderfully tasty mushrooms, and they acted as an excellent addition to my backcountry ramen this past weekend:)

However, there is one rule for foraging mushrooms that I follow: If you have any inkling of doubt regarding the mushroom’s edibility/identification, avoid it altogether. Mushrooms are tricky because there are so many types that look similar, some nearly identical. While one might be edible, another could cause digestion issues or worse – be incredibly toxic and possibly deadly. Chanterelles, though, are common, tasty, trumpet-shaped mushrooms with a mild flavor and can be found in almost all states, especially during wet summers like this one!

Here’s how to identify a chanterelle from its most common counterparts – the False Chanterelle and Jack-o-Lantern mushroom.

The main distinctions lie in the 1) ridges/gills of each of these mushrooms, 2) growing location, 3) color, 4) smell, and 5) overall shape.

1) To find the ridges/gills of a mushroom, look on its underside. To determine whether or not these gills are “forked” or not, follow the lines that travel from the stem to the outer rim and see if they split.

3) Comparing colors of Chanterelles with Chanterelle look-alikes without referencing the other can be difficult.

4) You’ll have to split or cut the mushroom in half (lengthwise) to smell it fully.

5) Shape is another good factor in identifying these mushrooms but varies depending on the mushroom’s maturity. 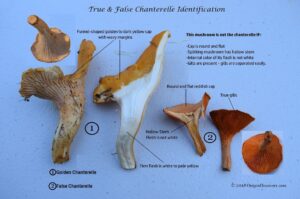 So, do you feel confident? When picking a mushroom, cut the stem cleanly about 2 inches above the ground – don’t pull or dig out. Mushrooms need the fungus that lies underneath the ground to bear their fruit once more. Please pick responsibility, bring a field guide for reference, and enjoy!

References (aside from my trusty field guide of Mushrooms of the Southeast) and images from: 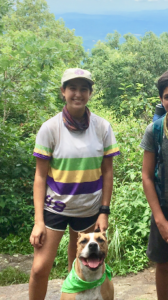 If you were stranded on a desert island, what/who would you bring with you: My backpack with a knife, water filter, and disc inside… and my dog.