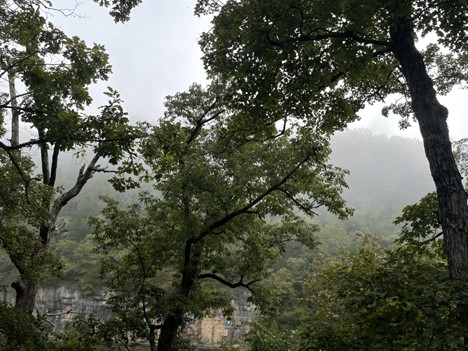 When Ida whipped through New Orleans on August 29th, thousands of Tulane students, including myself, were lucky enough to have the resources to evacuate somewhere safe. My friend invited a few friends and me to join him at his parents’ cabin in Branson, Missouri for a long weekend. The five of us, and a dachshund named Mumford, set out on the 10-hour road trip.
We arrived at the Jacks Fork River cabin in the late afternoon, pitched some hammocks, and sat by the river skipping rocks until dinner. The best part of the trip? No cell service. No contact with the outside world may seem scary to some, but it was one of the most liberating feelings I have felt since the pandemic began (and I became addicted to hours upon hours of TikTok). 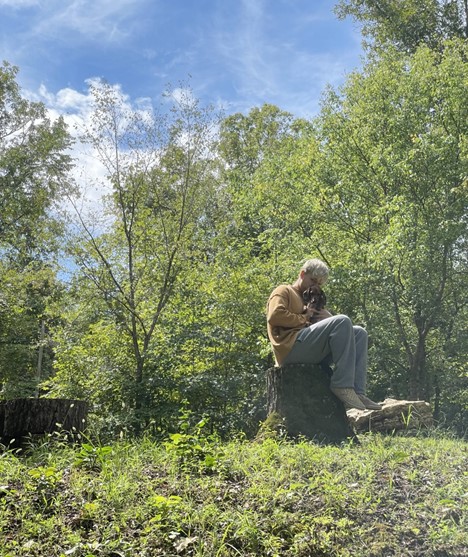 Our days consisted of swimming in the river, reading in the hammocks, playing fetch with Mumford, and cooking. Every night we made “family dinner” on the grill, and took a deck of cards to the porch where we would fight to the death to win a game of war. When we weren’t fighting over a children’s card game, we were laying on the rocky beach, hoping to catch a glimpse at a shooting star.
On the drive back, my friends and I agreed that the trip was the best way we could’ve spent our evacuation and that we would be back to the cabin very soon. By the end, we tired Mumford out from all his swimming, and he slept the entire 10 hours home. 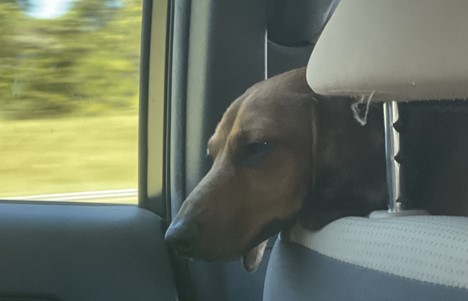 If you were stranded on a desert island, what/who would you bring with you: my dog, a tent and a sailboat 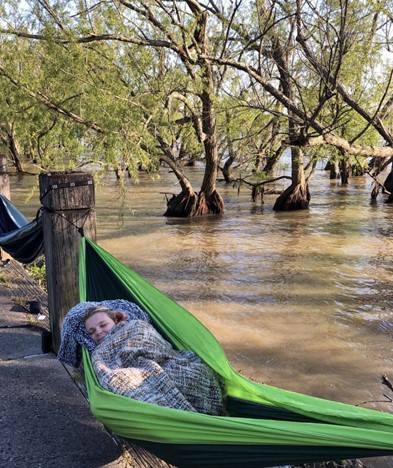